Here's the Transgender Couple Who Had a Bengali 'rainbow' Wedding | Wedding Tips ARE YOU A VENDOR?
Civil weddings

Here's the Transgender Couple Who Had a Bengali 'rainbow' Wedding

By Vidhi Maingi Gaur August 16, 2019 0
Saved
The world's changing and it's becoming more open to calls for love is love. And this Bengali wedding is enough proof why! 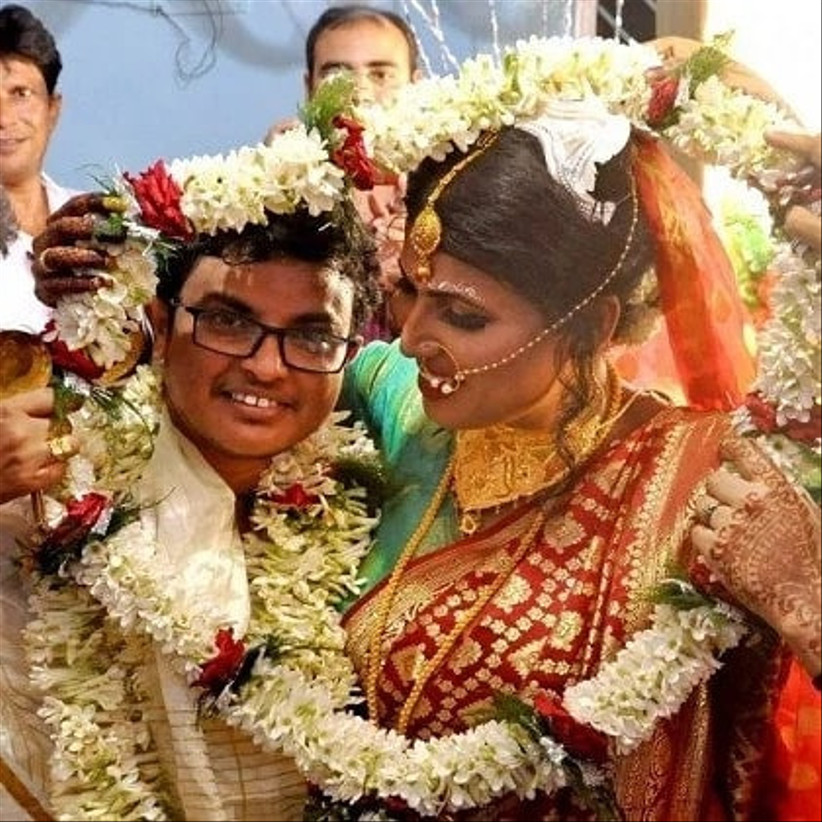 Shankhnaad, please! When love is love, then that's enough to make history! West Bengal saw its first transgender wedding, where the couple had both originally belonged to different sexes and undergone a sex-change operation to adhere to the selves they identified with. 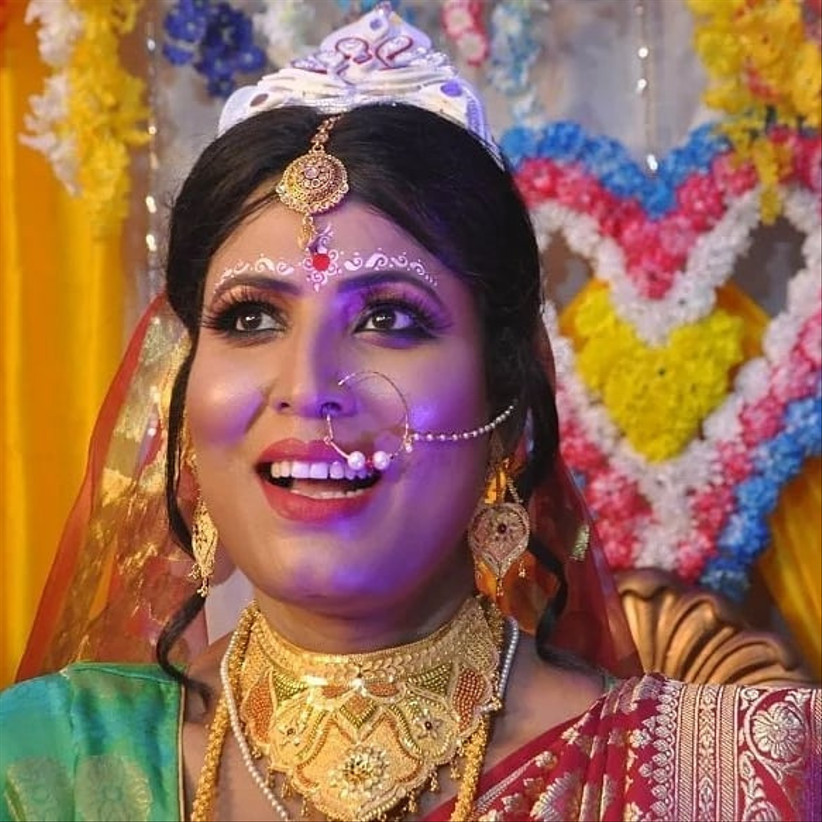 Meet the Bengali Nabo Badhu, Tista Das, 38 who decided to get married to her long-time beau, groom Dipan Chakravarthy, 40 in a traditional Bengali wedding ceremony. The two had been together for nearly a decade before they took the step. And like the recent acceptance of gay weddings in India, this union has also brought much cause for celebration.

Let's explore why this couple's happy union is so important for you to know about and celebrate.

In India, the third gender has been one which has survived as outsiders, forever looking in, but rarely finding the acceptance that they deserve. Traditionally, they have been kept out of the workforce, away from homes and families and were often reduced to begging, petty crimes and prostitution to survive.

And then, the Supreme Court accepted the third gender officially from 2014, causing people to find a sure footing on government rolls and records. Getting accepted into society is the next step forward. A transgender wedding, especially where both partners identified as third gender persons is a big step in this direction.

2. A bond of love and liberty 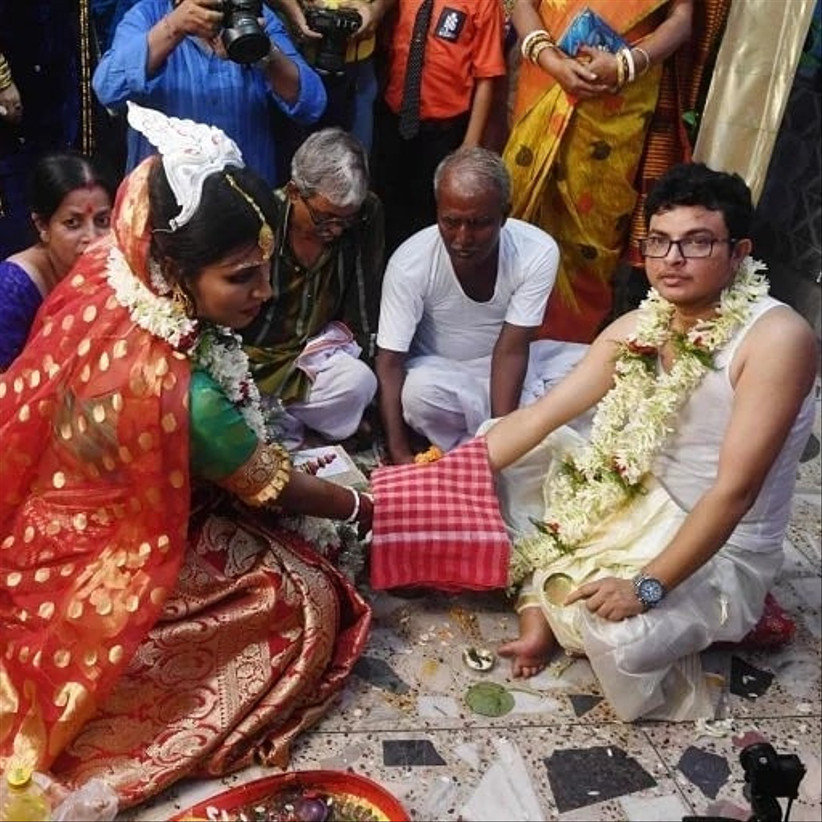 The story of Tista Das and Dipan Chakravarthy is the story of two entwined souls, who knew they were meant to be together. Tista, born as Susanto, had

Tista Das (38) who was originally born as Susanto and groom Dipan Chakravarthy (40), born as Dipannita have been challenging gender stereotypes, first by choosing another gender identity for themselves and then by choosing each other.

In a video byte that Tista, who is also a gender activist, gave to AFP news, she called her wedding to Dipan a bond of love and a bond of liberty. “I always believed love has no gender and Dipan and I have proved it. We are feeling awesome actually. We are out of the gender box and we love to be an exception."

She explained that this bond of being 'outside the box' has also helped them gain a sense of solidarity with each other.

Meanwhile, Dipan, who only had eyes for her stood in support. "I am extremely lucky to have Tista as my wife. This is the best day of my life", he said to the interviewer.

Tista, the blushing, dusky Bengali bride brought a sense of her roots in her absolutely on-point bridal look and attire. From the Shaka Pola to golden bridal jewellery, the authentic Banarasi, red wedding saree and the Topor Mukut, Shringaar and nail art, she wore it all with equal grace.

It also added a facet to the identity of the first transsexual woman from Kolkata who had applied for and received a voter ID card, after the 2014 judgement. Indeed, her Biye enveloped a sense of both the old and the new, showing a way forward for the community in India.

Her mother was part of the festivities, indicating acceptance, though Dipan's family were not at the affair. That's the distance that the community needs to cover in terms of universal acceptance for themselves - within the personal and the societal space.

4. Under the rainbow and above it 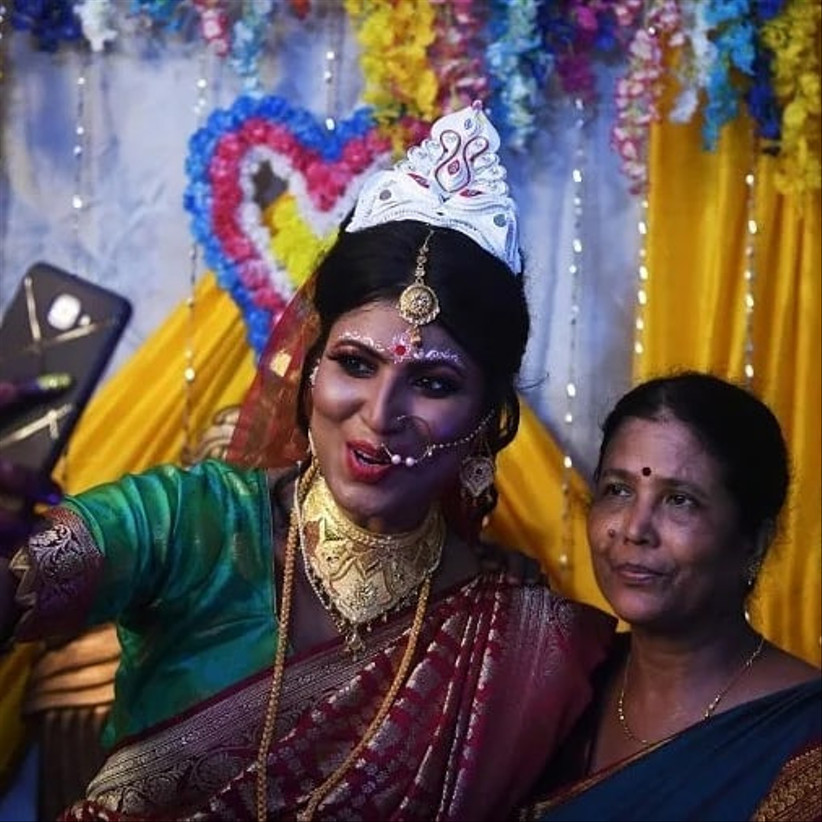 Dipan and Tista's wedding was pitched as a 'Rainbow wedding' by the couple themselves, courtesy a glittering pink and purple callout board at the indoor wedding venue.

Visuals from the day had the couple coyly interact with each other, amid photo flashes, in the presence of the media, friends and an assorted collection of transgender activists from across the board, owing to Tipta's own inclination towards activism. When news of the wedding went viral, it also led to a deluge of messages in support of the couple and for the community at large.

So, how would this journey on the rainbow help out more gay and transgender couples? The message lies in the example. In our interaction with Parag Mehta and Vaibhav Jain, the two had shared that the reason they had consistently gone (and stayed) public about their gay Indian wedding was because it gave strength to many others who were in similar circumstances. It gave potential couples the belief that love and living with love was possible.

This transgender wedding will be a similar example too.

We at WeddingWire also hold ourselves to the belief that love is love and should be accepted as such, without any reservation to caste, class, gender or form. We celebrate the fact that we live in a country where now these possibilities are publically taking roots and forms.

Have more to add to our insights for this wedding? Then let us know about them in the comments section below. 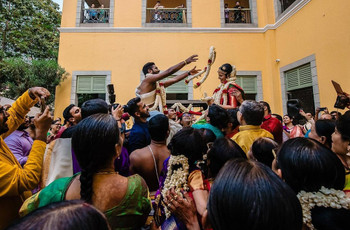 A religious wedding Shubh Muhurat Dates as per Tamil Wedding Calendar 2021 Time to be positive whilst you plan your 2021 wedding! Here are Shubh Mahurat... 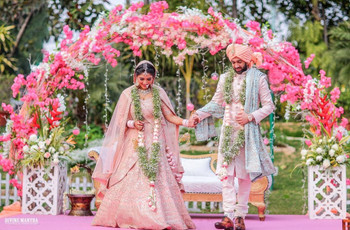 Places to celebrate your wedding 9 Unique Wedding Destination Ideas for a Quirky Wedding Here are some of the most unique wedding destination ideas for you to make your... 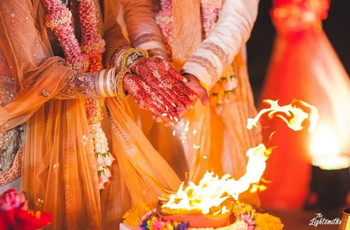 A religious wedding The Hindu Marriage Act 1995: Wedding Ceremony Traditions You... Amidst the sacredness of Hindu marriage norms, the Indian bride and the groom...
See more articles