Mehndi Design Haryana ARE YOU A VENDOR?

Mehndi Design in Haryana: Check prices, request quotes, and find the perfect mehndi artists for the bride, family and friends. These beautiful designs can make all the difference in making the photographs as memorable as possible and stand out for a lifetime. 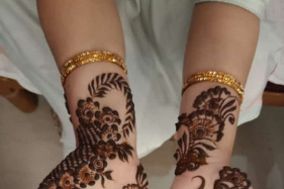 Akash Mehendi Art is a mehndi service provider located in Delhi. There are a bunch of things which takes place in an elegant and royal wedding ceremony and one thing which makes the positive and allure vibe of every bride is the mehndi ceremony. If you are planning one such ceremony and looking for... (Simple mehandi designs Haryana) 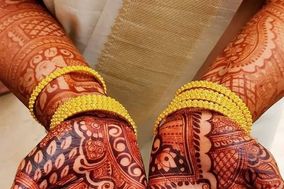 Sam Mehandi Art is a mehndi artist who is based in the city of Yamuna Nagar. Mehndi is an art of accuracy and experienced knowledge of designing that is done on your skin and on your palms and your feet. This is a crucial part of the wedding rites and rituals and more than traditions, even the fun... (Mehndi designs Haryana) 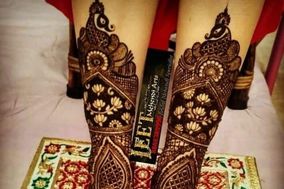 Arjun Mehendi Art is a mehendi service based in the city of Panipat. Mehendi is one of the befuddling functions wherein the lady of the hour can pick stunning henna designs for her hands and feet as they commence the whole wedding and even add to her gleam and magnificence. If you on a lookout for... (Simple mehndi designs Haryana) 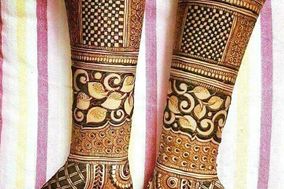 Ashu Mehandi Art is a mehendi service based in the city of Sonipat. It offers a wide range of mehndi related services to make sure that you get the ideal one for your wedding. Mehendi is an altogether praised function and during this, the lady of the hour gets to pick dazzling and special henna... (Simple mehandi designs Haryana) 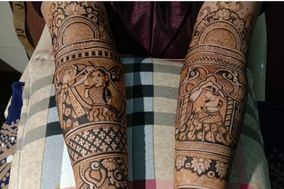 Mehandi Artist Satnam Singh is a mehndi service based in the city of Sonepat. He is a well-known mehndi artist in the city who makes sure to give his red henna on both the hands and feet of the bride on the most perfect manner. He will ensure that your hands look completely stunning while doing all... (Mehendi design Haryana) 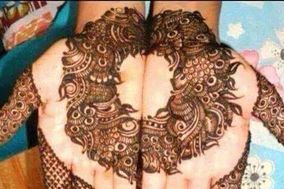 Durga Mehandi Art is a mehndi designer based out of Panipat, which was initiated in the year 2002. Mehndi holds a special place in most of the cultural Indian ceremonies. From an auspicious prayer at a puja to social gatherings like weddings, the aromatic henna, and its beautiful yet richly dark... (Mehendi design Haryana) 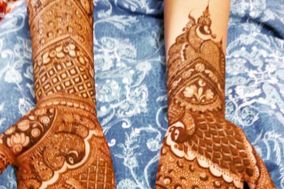 Deepak Mehendi Art is a Mehendi service provider based out of Sonepat. Mehndi is one of the most quintessential needs for very bride and hence it needs to be made by someone who iis a professional in the business and knows all the easy of giving you the deepest red imprints So if you are searching... (Mehandi Haryana) Rana Mehandi Art is a mehendi artist based in the city of Panipat. Mehndi is a great custom of Indian weddings which has been going on for a long time now. There is a stunning and gala celebration wherein the lady of the hour selects gorgeous and one of a kind henna designs for the hands to... (Mehandi designs Haryana) Shagun Mehandi Art is a mehndi artist located in Rewari. Indian Wedding functions are celebrated with top-most glitz and glam and one thing which makes a grand start for every lady-of-the-hour is her mehndi ceremony and if you are planning one such function and looking for a good and amazing mehndi... (Mehandi Haryana) 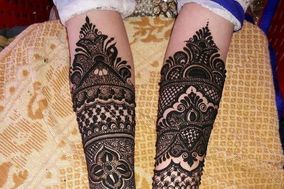 Shyam Mehndi Art is a Mahendragarh based team of Mehendi artists who specialises in providing beautiful Mehendi designs on the hands and legs of the bride and her family members. They are a team of professional, experienced and talented Mehendi artists who are well known to all the latest Mehendi... (Mehendi Haryana)

Mehndi Design in Haryana by area: