Grooms Ahmednagar ARE YOU A VENDOR?

Grooms in Ahmednagar: Check prices, request quotes and check availability for all types of vendors and businesses to service the groom including sherwani, suits, tuxedos, salons and everything else! For all of your groom wear needs for the wedding ceremony, reception, sangeet and other functions and parties, look no further to find your perfect vendor in our directory of thousands of businesses around India. 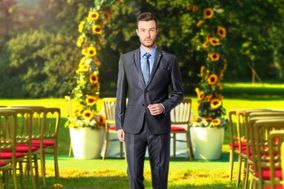 Peter England is a retail store located in the city of Ahmednagar. Originally the brand was founded to provide British soldiers with fine clothing during a war but soon found its way to Indian markets providing the exquisite of the menswear that you can choose to flaunt on your special occasions. It... (Grooms Ahmednagar) The Arvind Store is a menswear retail store located on Savedi Road which is situated in Ahmednagar. It aims to create an enriching shopping experience through the convergence of its strongest competencies under one roof. The store not only has the entire range of shirting and suiting fabrics but... (Grooms Ahmednagar)

Grooms in Ahmednagar by area:

Other vendors in Ahmednagar for your wedding